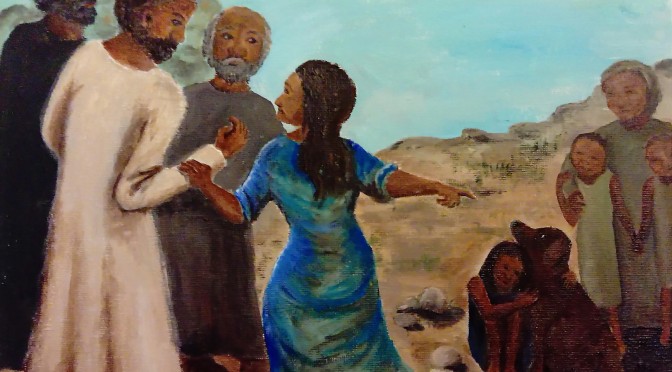 Six months ago yesterday – March 15th – was the last time that we gathered in-person for worship. At that time, we imagined a few weeks of lockdown and then a return to normal. Six months later, social distancing is still a thing, lockdowns and restrictions of various degrees are sill  in force. And this pesky little virus continues to overtake our attention. Even as protests over police killings continue to erupt, even as political scandals make headlines, even as hockey resumes only to disappoint (sorry Winnipeg and Edmonton and Toronto), even as Tornados tear through the province, even as a woman of colour is historically named to the ticket of an American presidential candidate… the coronavirus still is the most important issue in our world. This month case numbers are rising, and the daily death toll remains tragically high. Many stress over going back to school and going back to work. Six months of the world still turning with all of the usual turmoil and historic events, that by themselves would make 2020 a memorable year… and the Coronavirus pandemic has gripped us all that entire time putting everything else in the back seat.

Throughout this summer we have been hearing the story of Abraham and Sarah and their descendants. Today, we finally her the last story of our Genesis wanderings. Sarah and Abraham’s great grand-son Joseph, who had been sold into slavery because of the jealousy of his brothers, has risen to power in the court of Pharaoh. And when famine comes into the land of Jacob, his family and herds, he sends his sons to find help in Egypt. There they meet Joseph, though not knowing it is him, and Joseph plans to recuse his starving family by bringing them to the abundance of Egypt.

This story of Joseph rescuing his family may not seem on the surface to have much to do with the story of Jesus that we hear today, as he encounters a persistent Canaanite woman who is advocating for her sick daughter. And yet how Jesus and the disciples came to be standing in gentile territory to be annoyed by the persistence of Canaanite woman is deeply connected to the Israelites picking up and moving into Egypt at Joseph’s direction.

For you see, soon after the story of Joseph, we start Exodus and story of Moses and the Israelites slavey in Egypt. As foreigners living under oppression, God promises Moses and God’s people that he will deliver them to the promised land. When the Israelites escape Pharaoh and Egypt, they wander the desert for 40 years only to eventually settle in the land of Cana. The land of Canaanites.

Centuries later, as Jesus and the disciples stand in gentile territory, annoyed by the presence of this gentile woman pressing Jesus for a miracle, they have forgotten that their ancestors were themselves granted reprieve and salvation by a foreign nation. They once were a lost people wandering the deserts only to come to the land they were now in, as outsiders looking for hope and promise.

Instead, the disciples insist that this Canaanite woman be sent away, as she is an unclean outsider and foreigner, unworthy of their attention. And at first, Jesus almost seems to agree with his followers.

“I was sent only to the lost sheep of the house of Israel.” He declares.

That doesn’t sound like the Jesus we usually hear from in the gospels.

And still the woman presses Jesus. He responds in a most un-christlike manner comparing her to a dog stealing food meant for children.

This does’t sound like the caring and compassionate Jesus we usually know and hear in the gospels. Yet, there is also something about Jesus’ response to this woman… something almost comfortable.

And there is a certain guilty comfort and security that we probably don’t want to admit. Because we too know what our first instinct is in similar situations. We too like clear distinctions and boundaries, we like knowing who is in and who is out. And finally Jesus is giving us some clue about who can be counted out from God’s love… even if we don’t actually know any Canaanites personally, we do know that we aren’t them and they aren’t us. And feels like we are on the inside.

That first thought, that first instinct, that first reaction to set the boundary, to call some people worthy and others not… that is what is getting us, the whole world, in heaps of trouble these days. From the new, almost daily uncovering of racist, sexist, homophobic and transphobic institutions, to the way we police and protect our world, to the way we engage in political discourse. This first thought and instinct has led us to create bloated city police departments across the continent. It has given way to racist attacks against the first woman of colour named as vice-presidential candidate for a major US party. It is why the Canadian Museum for human rights (of all places) needs to hire a new CEO to fix racism and sexism in their workplace. It is why here in Manitoba there has been so much shame heaped on those in our community of who have tested positive for COVID-19.

Whether we like it or not, we are those disciples asking Jesus to send that Canaanite woman – and her troubles – away.

We are human beings whose first instinct is to set the boundary and do our best to make sure no one crosses it.

We are people simply casting about for some certainty in a difficult and chaotic world, even if it sometimes comes at the expense of others.

But then just as Jesus has put her down and in her place, the Canaanite woman makes one final appeal for her daughter.

“Yes, Lord, yet even the dogs eat the crumbs that fall from their masters’ table.”

Surely by this point our hard hearts have been exposed, the disciples’ annoyance with this persistent Canaanite woman, our first instinct to set the boundary and keep the undesirables out are revealed.

Would the disciples still want Jesus to send her away at this point? Would we?

Whether we know the answer or not, Jesus responds.

Jesus responds and he is back to his compassionate if not scandalous self.

He commends the woman for her faithfulness. A gentile, a woman, a Canaanite of all people… full of faithfulness.

But Jesus doesn’t just open up a spot on the edge of the kingdom of God, he doesn’t just do the bear minimum for her.

Jesus opens the Kingdom wide, Jesus expands the space for this woman to be more than just a charity case, more than a forgettable instance of healing. Jesus commends the woman for her faith, for her insistence on proclaiming her trust in God. Jesus elevates her to the level of disciples, to those tasked with going out and proclaiming the word, to preacher and proclaimer of the good news. In one short line this woman, seeing the need of her own daughter and discerning God’s presence in her midst, proclaims the coming of God.

She proclaims that God has enough for all, enough for the down trodden and lowly of the world, enough for even the dogs.

And we cannot help but wonder if Jesus was holding our first thought, our first instinct up for us too see. To show us just how cruel a world is that makes distinctions about who is in and who is out to determine who has access to God’s mercy. To see the cruelty of turning a person in desperate need away because they didn’t belong to the right tribe, the right political party, practice the right religion, work in the right job, come from the right country, speak the right language, bear the right colour of skin.

And after holding up our first thought for us to see, Jesus holds up God’s first thought about us. God who chooses to be revealed in the most unlikely of places. In the Canaanite cities of Tyre and Sidon, through a Canaanite woman pleading for the healing of her daughter. In this gentile, this woman, this brand new follower of Jesus, God preaches the gospel of grace and mercy.

God’s first thought is the good news given for us, for all of us, for the most unlikely of us. The grace of God given even to the dogs eating the table scraps from the floor.

God ’s first thought is to use methods and people we would never expect to preach the gospel of mercy and grace. God gives us the promise of mercy anew in church structures built on Facebook, Youtube and Zoom. And God has given us all the people and more that we once hoped would come back to us – but not how we imagined. God proclaims the good news for us and for the world with new voices that we wouldn’t have heard from within our walls and boundaries.

And so here we are in this August of pandemic… and all too often our first thought turns us to set boundaries and declare some to be on the outside of God’s love. And yet God is surprising us in the most extraordinary ways, by sending us the most extraordinary people to proclaim to us the good news of God’s mercy, given in such abundance that even the dogs have enough.

And through this Canaanite woman, through these unexpected means of pandemic realities, God is preaching the good news to the world in new and unexpected ways. Six months ago, back in Egypt it all seemed so unimaginable to us… and here we are in Cana and God is revealing to us a promised land that we have yet to fully understand… but where the Good News is given anew for us and for all, even for the dogs eating table scraps.