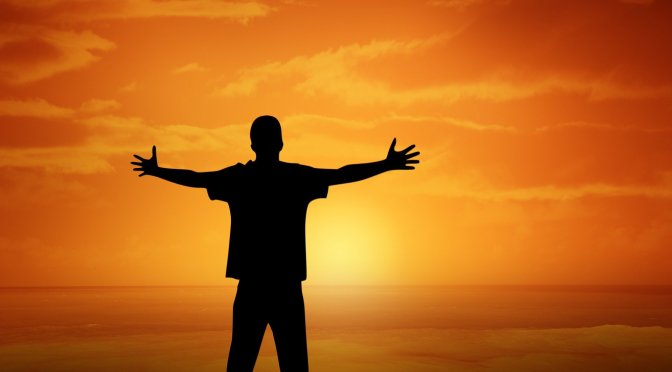 GOSPEL: John 1:43-51
43The next day Jesus decided to go to Galilee. He found Philip and said to him, “Follow me.” 44Now Philip was from Bethsaida, the city of Andrew and Peter. 45Philip found Nathanael and said to him, “We have found him about whom Moses in the law and also the prophets wrote, Jesus son of Joseph from Nazareth.” 46Nathanael said to him, “Can anything good come out of Nazareth?” Philip said to him, “Come and see.”

One of the images of modern life that I often come back to is one that I heard during a radio interview with an Old Testament professor. He was describing his cancer diagnosis and how that impacted his self-perception. He said that before his meeting with his doctor that this life – the plans and dreams that he had – was loud and filled the sky. The things, ideas, and feelings going on around him  filled the airspace and the sound space of his conciousness.

But when he left his doctor’s office after receiving his diagnosis, it was like the soundtrack to his life had been turned off. There was deafening silence. He felt small and alone.

I can’t help but think we are all going through something similar. The soundtracks to our lives have been turned down or off. The plans and dreams that we had have been made small or erased completely. Before March of last year, our worlds were full of long term plans. From school years and retirement dates, to vacation plans and economic forecasts, to hockey season predictions and election cycle prognostications. We had plans big and small, and we were in the habit of making long-term projections and casting forward visions.

Now, it is hard think more than public health order restriction cycle ahead. Our plans are for a few days or weeks at a time, and always with the caveat that things may change.

And nearly a year into living a life of small short terms plans, I have been reminding myself that for most of human history, people have lived this way. Living in crisis or under oppression has a way cutting plans short, of making the future hazy and uncertain.

Last Sunday, we transitioned out of the Christmas season into the season after Epiphany. We began with the Baptism of Jesus and we will continue for next few weeks having pieces of Jesus’ ministry revealed to us, preparing us for Lent, Good Friday and Easter.

Philip and Nathanael’s call story is different than that of the others. Those fisherman: Peter, James and John who will leave their boats next week; they are jumping at the opportunity of a lifetime. The are leaving a life of hard labour for the opportunity of being the student of a Rabbi.

But Nathanael and Philip, this is what they are hoping for. Philip reveals to us that he is a student searching for a teacher when he quotes the prophecy of scripture, something only a student of religion would know. Then Jesus identifies Nathanael as one too when says, “I saw you under the fig tree.” A colloquialism indicating a place of learning, as Rabbis often taught their students under the shade of a fig trees.

Being the follower of a Rabbi in first century Israel wasn’t an invitation to a life of vagrancy that we might imagine. Rabbis were well respected members of the social structure, and learning the scriptures from a well respected teacher was a gateway into the religious system of the day, the group in power and control over Hebrew society. And being chosen by a Rabbi to follow was like winning the lottery, only the best and brightest were invited to follow. Maybe Philip and Nathanael imagined becoming Scribes or Pharisees, positions of power and privilege in the world.

And yet, Jesus is also somewhat unknown and unconventional. He is identifiable as a Rabbi, a teacher of the faith, but he is also new to town, he just shows up and call followers. And as Jesus finds Philip and Nathanael, they find themselves following a Rabbi as they dreamed, but maybe not as certain about how this would turn out.

In fact, as the three talk it becomes clear that these two followers in search of a teacher haven’t a clue of what they are getting into.

Likewise, we find ourselves in a similar moment. After 10 months of living small lives, we too are at a moment where we might not be too sure of what we are getting into. Our futures are uncertain, vague and hazy.

It is a feeling we don’t like. In fact, if this year has revealed something about us, it is that we DO NOT like living by faith.

We have been asked to trust our leaders, trust politicians, public health officials, scientists and business leaders. We have been asked or forced to cancel our plans, pull our life plans and habits back, and trust that everything will be okay.

And it is clear that many of us do not like this at all. People have complained, protested and resisted. But even those of us who have kept the rules are probably growing quite weary of it all.

And then you would think that as people of faith, as church folk, we would be used to the idea of trusting and living by faith that God will see us through, even when we don’t know where we are going, whether it is safe and how we are going to get there. You would think that as all of society is asked to live by faith, that people of faith could show a good example… but many of our siblings in faith have been quite the opposite.

We too simply do not like having to trust. We want to know where we are going, we want to protect ourselves, we want to hold the map. We want to be in control of the process, to be the ones making the decisions.

But Jesus knows that the solution to Philip’s and Nathanael’s desire to control their future isn’t more control, more knowledge or more power.

Jesus cuts through their anxiety and uncertainty to provide the thing that they truly need.

The moments go by so quickly the are easy to miss.

Before Philip could figure out his own way. Before Nathanael could ask his questions. Before they wonder and worry about what is coming next and where following this unconventional Rabbi would lead them.

Jesus does the knowing and the finding.

Jesus figures out God’s way to these two disciples. Jesus makes the journey to them, knowing who they are and knowing where they need to go.

And for all Philip and Nathanael’s desire to know their future, to know their path, to control how they will get where they are going… it is being found and being known that breaks through their hesitancy.

When Jesus finds Philips and invites him to follow, Philip cannot help but excitedly go and tell Nathanael.

When Jesus reveals that he has known Nathanael, who he is, his hopes and dreams, his fears and wonderings, all by simply seeing him under the fig tree…. Nathanael confesses that Jesus is God’s son.

The solution is being found by the one who holds the future in their hands.

The solution is being known by the one who will walk with us wherever we end up, wherever we go.

For you see, being found and being known is exactly what God has been doing with us since the beginning. Just as God declared Jesus a beloved child last week, God declares the same with us.

Our fears for the future are met by the God who finds us and knows us. The God who brings us into community, into God’s very body, into the community of the faithful.

As we sit in this post-Christmas New Years 2021 moment, with so many of the promises of something better in 2021 being dashed already, with fear for what comes next, with a weariness of living by faith…

God continues to do what has always done.

Jesus finds us in the waters of baptism.

Jesus finds us in the word and prayers and hymns that proclaim God’s love for us.

Jesus knows us in our siblings in faith.

Jesus knows us our story and brings us into God’s story.

Jesus shows us that God knows our way even when it is unclear to us.

Jesus reminds us of the God who knows our past, our present and our future.

And Jesus join us in the uncertainty that we are living through, and declares that no matter what comes that God’s plan for us is new life.

On this second Sunday after Epiphany, when it is clear that all of our hopes, dreams and plans for the future will not come to pass as we imagined.

Jesus finds us and Jesus knows us.

And Jesus invites us again into God’s future. A future that might be hazy and uncertain and unclear to us, but a future that belongs to God. And even when we tired of living by faith, Jesus reminds that God continues to have faith in us.