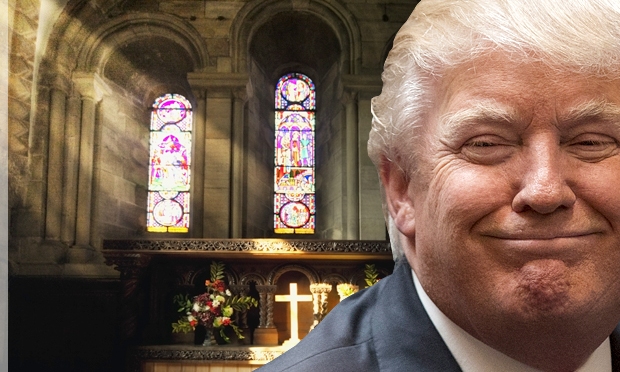 Since that fateful early morning announcement on 11/9 that Donald Trump had been elected president, I have felt like we have been living in the opening scenes of one of those movies. You know, the ones where oblivious and unassuming people are living in a world that is about to be completely changed for the worse, but no one believes it. You know, a disaster movie.

And in the days since the election, news continues flooding out with so many scandals relating to the Trump transition (he isn’t even in office yet) it is hard to know what to focus on, from Trump’s White Supremacist Chief Strategist, to an unhinged National Security Advisor, to global uncertainty, to Obama having to deal with a flood of concerned world leaders, to Trump’s ties to Russian interference in the election, to Trump’s insane list of conflicts of interests, to Trump’s inexcusable treatment of the press, to even suggestions of vote rigging (he did say it was rigged!). And let’s not forget his pre-election scandals like the misogynist Trump Tapes and Trump University law suits.

It is surreal to say the least.

With this hurricane of insanity around us, I keep coming back to the question of what this means for the church, specifically for mainline Christianity. For the portion of Evangelicals that elected trump, I actually think this was the final step in turning White Evangelicalism into a nationalist political movement. While many evangelicals may still be believers, Evangelicalism can no longer claim to follow the Triune God of the Bible.

American Evangelicalism is no longer Christian by any meaningful measure.

But for mainline Churches, whose American members may or may not have voted for Trump, but whose leadership did not lineup behind him for a chance at power, Donald Trump may transform us in ways we would never have imagined.

If the Trump administration’s transition to power continues down this rocky and convention defying path, taking the next government deeper into racist behaviour and policy, isolationist attitudes, questionable ethics and attempted censorship complete with Orwellian double speak, we can only imagine what the world will look like after January 20th.

People are already afraid as the incidence of race related attacked and violence increases. Protests have been going on since the election and people are talking about how to survive the new regime. Many political and public leaders are advocating a wait and see approach, but many others simply don’t want to make the same mistake that the appeasement period before World War Two did and are already speaking out.

And so as Churches and communities of faith, where does this leave us?

To imagine how this new world might collide with the church consider this example I have been using for a while now:

Imagine going back to a church in 50s or 60s. If you told the average person in the pew that in 50 years many churches would be shells of their former selves with aging and declining membership, you would be laughed at. Churches were full of young families and programs. Families had 4.2 kids and church attendance was socially required.

But why were they full? Because people were better Christians back then?

Or was it that the world had just come through two world wars and the Great Depression? Was it that society had collectively stood at the brink and glimpsed our collective demise for 5 years straight before the first good news for the allies on D Day?

Church was a place where hope was found, where grief, anxiety, struggle, pain and fear could be handed over to something bigger than ourselves. Churches proclaimed that there was something more powerful than huge armies marching over nation after nation, than governments who were sending millions of husbands and sons to war, than the threat of oppression and even extinction.

Churches didn’t have to do anything special other than be communities that proclaimed the Good News as they had been for nearly 2000 years. They were naturally what so many people needed in that world.

Now imagine telling anyone who has regularly been in a pew for the past 15 years that it is possible that our currently declining and aging church may be full and bustling again in a few decades. They will laugh at you.

Well, maybe they would have laughed before November 8th.

But now all the things we thought were important in reversing decline like flashy worship, entertaining sermons, lattes for sale in the lobby, Nickelodeon night for the youth and all the other things we think will “attract” people mean nothing now.

Churches, especially mainline ones, will need to focus again on the core things that we have always been:

We will need to be communities of refuge because people will have fewer and fewer safe spaces.

We will need to be communities of resistance in a world that is demanding division, conflict and violence.

We will need to be communities of hope because we cannot just go back to sleep and pretend the government will have our backs while we spend our time mindlessly consuming stuff and entertainment.

We will need to be proclaimers of the gospel.

Of course, God has always called us to be all these things. But lately we have been delinquent in that call because we couldn’t see all that which we needed saving from. The world told us that our only problem was not having enough.

But now the threats and dangers, both external and internal will be obvious. We will now see what it is that we need saving from more clarity.

And we will see how God is using us to proclaim that salvation with more clarity.

And this new world will make what the church has always done subversive to the established order. Just by being the church we will declare that bigotry, hatred and self interest are not virtuous.

Just by doing what we have always done we will be seen as contrarians who believe that forgiveness of sins, life and salvation are given to us freely by God. Things that didn’t seem to mean much when the world’s biggest problem was not having enough stuff. But now are things that will mean everything to people suffering under a kleptocratic regime.

Just by being people of Word and Sacrament, we will birth a reality completely different than the one dictated by power.

A reality grounded in Christ and rooted in defiant hope.

For a while now, many churches, church leaders and Christians have been wringing our hands over decline, wondering what it might take to get people back. And we foolishly thought it would be trendy programs and music selection.

Now, we are discovering what may actually drive a resurgence in mainline Christianity and what will be truly important for the church to be about.

Are we ready for the kind of world that will finally give us what we have been longing for?

15 thoughts on “What President Trump could mean for Mainline Christianity”